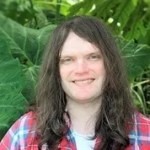 Daniel Stride (also known as Dan) is a long-time fantasy reader and all-round geek, having fallen in love with The Lord of the Rings aged nine (he still thinks The Silmarillion is the best book ever written). He spent far too long at University, where he accumulated multiple degrees in-between lobbying politicians and fighting for doomed causes. But he wasn’t really a career student – honest – he even had a respectable nine years working for the local newspaper. And now he’s pursuing a legal career… Apart from reading, writing, and teaching himself foreign languages, he’s a member of the Society for Creative Anachronism, with a taste for reconstructing medieval skaldic verse. His only true weakness is chocolate. And cats. But not chocolate cats, because the fur would get all sticky. Dan lives in Dunedin, New Zealand. He is currently working on a sequel to his novel Wise Phuul.

Portrayals of Evil in Fantasy, by Daniel Stride

Conflict is central to , but the conflict between Good and Evil in particular remains of fantasy, to the point where Black Hat v. White Hat, complete with handsome heroes and ugly villains, may seem “standard”.

George R.R. Martin, for one, has  what he considers the genre’s of evil, preferring the battle between Good and Evil as waged within the human heart. I consider this internal/external dichotomy overly reductionist: fantasy, whether ancient or modern, is more complicated. Different authors have different ideas of what Evil is, and how it manifests itself.

Let’s start with one of the root texts: Beowulf. Petty inter-human squabbles exist, but the heart of the story is the struggle between humans and a hostile world. Good and Evil are perhaps anachronistic terms here (Christian add-ons notwithstanding), but it would be equally wrong to call it an amoral struggle: by proxy, we are invested in the outcome by virtue of our shared humanity. If Grendel, Grendel’s Mother, and the dragon are out to kill people, they must be fought, and we are supposed to cheer for those fighting.

Paradise Lost (cue pearl-clutching at this being considered fantasy) presents us with another view. Humans are not a side in Good v. Evil, but are instead a battlefield, site of the struggle between God’s authority and the genuine temptation of His opposition. Yet, this is not simply a conflict waged within the human heart, as per Martin: Satan exists as a character launching a literal war on God – in that sense, Evil is also external and personified, and the battle is an objective one.

E.R. Eddison’s The Worm Ouroboros takes a different view again. There is no metaphysical significance to the conflict between the heroes and the villains: rather than Good v. Evil being humans against monsters, or Heaven against Hell, it is more a conflict of attributes. To be Good in Eddison is to be martial and honourable; to be Evil is to be sneaky and treacherous. Robert E. Howard takes a similar stance in his Conan stories: we are to cheer an honest, plain-spoken, sword-arm against tricksy, decadent, magic (less charitably, Howard also connects the Other with Evil: as if taking fellow humans and rendering them Beowulfian monsters).

Then there is Tolkien. Martin identifies the conflict of Middle-earth as between Good People and Bad People: an external struggle, featuring Sauron as a personification of Evil. Problem is, if Tolkienian Evil were purely external, giving the Ring to Gandalf or Galadriel would be the logical step. Boromir would be correct: all that matters is defeating Mordor. But Tolkien does not operate like that, since every character is also subject to a simultaneous internal battle of Good v. Evil, in how they react to the Ring (simply giving it to Tom Bombadil is not an option either: external Evil must still be fought). Moreover, Good in Tolkien is not Good because of authorial diktat: people are Good if (and only if) they do Good things, like granting mercy, which is why Peter Jackson made a terrible mistake when he had Aragorn at Helm’s Deep shout “give no quarter.” In short, there is no reason why Tolkienian objective morality ought to be considered “simplistic” or a mere matter of Elves being Good and Orcs being Bad.

Whereas Tolkien (like Milton) treats Evil in grand cosmological terms, Mervyn Peake’s Gormenghast series treats Evil as very human. There is, however, comparatively little sign of Martin’s Good and Evil at war in the heart – Steerpike is a blatantly malevolent creature, never finds himself pondering the rightness of his actions (only their effectiveness), and indeed his rise to power evokes an Austrian corporal. In this sense, whereas Tolkien treats Evil as being both internal and external, in Peake’s case it is arguably neither. Instead, evil is what grows in the forgotten cracks of human activity: an inevitable reaction against nauseating tradition and social neglect – a humanised version of Milton’s Satan rebelling against Heavenly Dictatorship. Gormenghast made the monster Steerpike, just as War and Depression made the monster Hitler.

Michael Moorcock ostensibly steers away from Good and Evil, preferring a cosmology of Law and Chaos. Leaving aside that (unalloyed) Chaos is portrayed as de facto Evil, Moorcock’s representation of Evil as addiction is nevertheless interesting – once Elric starts relying on it (via his sword Stormbringer), he cannot stop. But if Moorcock’s Evil is a drug, Stephen Donaldson’s Thomas Covenant treats it as corruption. Note that Donaldson also has the dual internal/external framework – there is the personification of Evil (Lord Foul), but there is much internal moral angst (especially from the protagonist himself, who spends hundreds of pages mulling on his actions).Tolkien’s temptation of power becomes Donaldson’s temptation of despair.

Martin himself is not what he claims. The Others, for example, are a straight-out external alien threat, and the text accordingly expects us to cheer for the humans, a la Beowulf. Nor do Gregor Clegane or Ramsay Bolton represent moral greyness. Rather than misplaced external/internal distinctions, or supposedly subjective Evil (less subjective the closer one looks), the point Martin really raises is (limited) Evil is a necessary consequence of effective leadership. Ned Stark, for example, refuses to countenance certain acts, and ends up a political failure. Alternatively, Tywin Lannister sacrifices his moral compass on the altar of necessity, and this bites him too. Martin’s treatment of leadership and power – the areas he finds most interesting – constitute a moral balancing act, and it is here that the “war inside the human heart” becomes relevant.

In conclusion, this short evaluation of the genre should demonstrate that fantasy has more to say about Good and Evil than blokes in black spiky armour plotting to conquer the world. What, exactly, Evil is – whether divinely determined, or constructed via social values, or simply standing in opposition to our shared personhood – how it influences the actions and decisions of characters… it is complicated stuff. Plenty to chew on for authors and readers, plenty of different ideas, and far harder to summarise than binary and reductionist distinctions would suggest. Martin ought to know better. 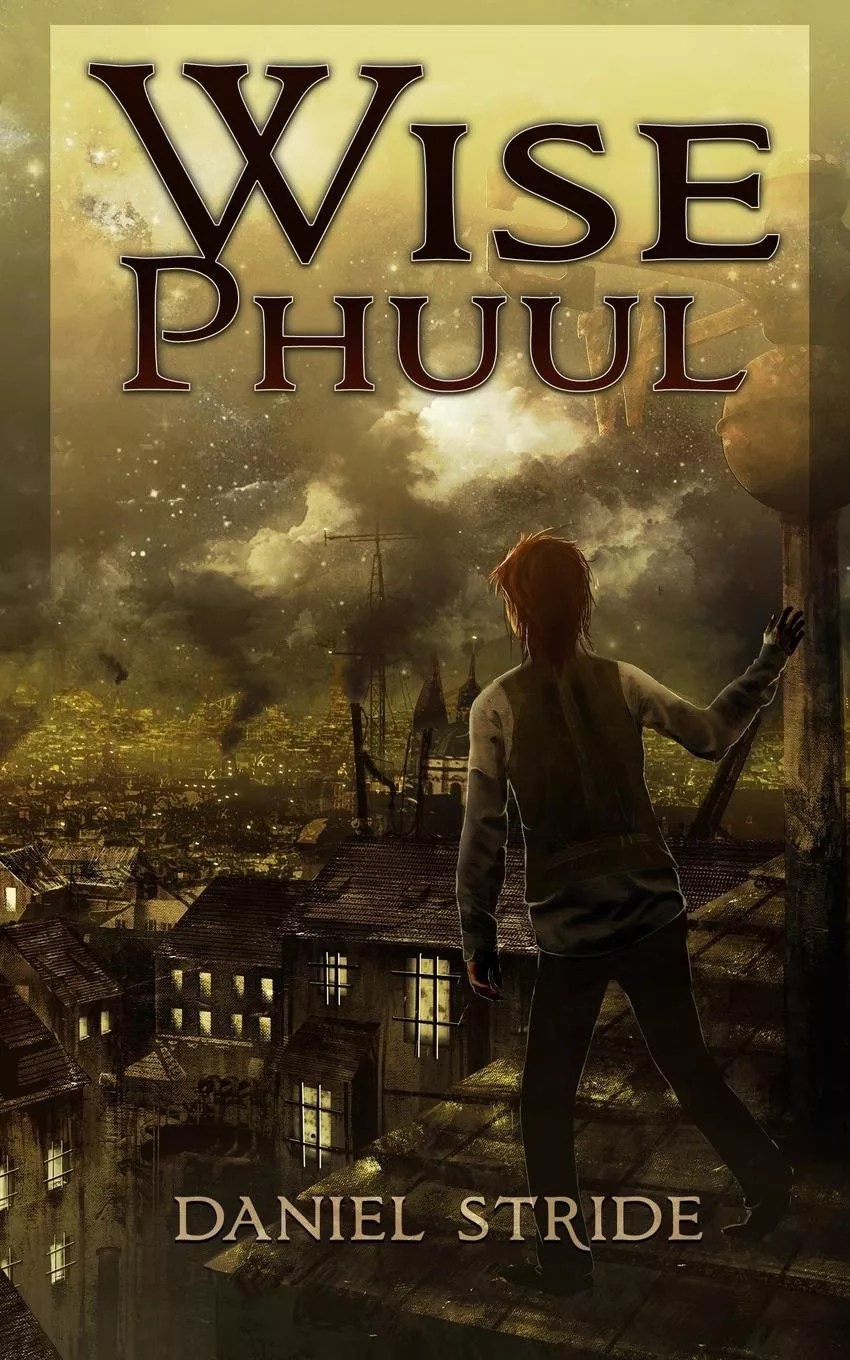 Wise Phuul by Daniel StrideWalking corpses and black-market liquor: the quiet life. Teltö Phuul, Necromancer and Library Clerk, likes his days safe and predictable. Not for him the intrigues of the Viiminian Empire, a gothic monstrosity held together by sheer force of will.

Until the Empire’s dreaded secret police come knocking. Caught in a web of schemes in the diseased heart of Kuolinako, the underground Imperial capital, Teltö can trust no-one. Not the Northern theocrats who abhor Necromancy, and certainly not the Grand Chancellor, whose iron-fisted rule has kept the old order alive that little bit longer.

When one false step means torture and disappearance, this journey will change our Necromancer forever.