So I’ve decided to write here my opinion about both the book and the movie. And don’t worry, no comparisons to Gone Girl included since I’ve actually never watched it. The star rating refers to the book.

“There’s nothing so painful, so corrosive, as suspicion.”

Who should read it? Anyone, I’ve always thought this type of books can reach any type of audience.

Would I recommend it? Yes.

Of course, the plot, once dissected, is basic. You have your usual suspects, and you know, in the end, one of them has to be the ‘killer’. This means while it was easy to predict the end in some way,  many other possible endings would be as equally easy to predict. In this case, I thought the narrative flowed smoothly. It makes the reader gain awareness until it finally…gives the confirmation it was heading towards to. So it’s a good sign that you were suspecting it would end the way it did. It was coherent, with the right balance between being predictable but not entirely expected. The pace was good and fast. No major complaints.

Many of the readers seem to mention the characters are unlikable and difficult to relate to, and based on a first impression, I would agree. Now we need to remember that at least two of the main characters are clearly unstable (for different reasons) and both are suffering some kind of post-traumatic disorder (we easily learn that after). In the end, the whole cast is human. Ugly, flawed, human. Again, and as I’ve mentioned before in some other book review, this is something that the mainstream audience has problems with. We as human beings always think we are better somehow. We always think we’d never be in the situation these characters were, or make decisions as stupid as they did, or ever hit rock bottom like that. So, at some point, we don’t even feel sorry for these characters anymore. They frustrate us, due to their weakness. Hey, human for you.

All of this to say I’ve actually enjoyed exploring their minds through the pages. Even if as a whole, the characters might not be relatable, their issues are. Suspicion, jealousy, self-doubt, guilt, and so many other emotions that we are all way too familiar with.

The story is narrated in the first person and from three different POVs. In my opinion, Anna’s POV was unnecessary. The fewer POVs, the higher the suspense. The author’s writing style is strong, short and sweet, straight to the point. Hawkins’ foreshadowing techniques were implemented at all the right points and made you wonder (aka turn the page).

Overall, The Girl On The Train is a page-turner. Whether you find the end predictable or not, you will want the final confirmation, and you won’t stop until you get to the end of the book.

From the point of view of someone who has read the book, it’s always interesting and curious to see those characters you have imagined in your head coming to life on the screen.

But that was it.

In short, I didn’t like the movie that much. It’s difficult to judge how suspenseful it was, considering I already knew how everything would end. However, it seemed to miss several points where the book mostly succeeded in piquing the reader’s curiosity. Many details were revealed way too soon, while other characters weren’t explored enough for you to even care or be surprised in the end. The location was different, the people felt different. Emily Blunt was great though, she really gave life to the role of Rachel, making her alcoholic issues feel believable and real. Now we all know a movie is not a novel, and a novel is not a movie. Changes had to be made. The funny thing is that they seemed to keep what they shouldn’t and get rid of what they could make use of. For example, the movie tried to use the same style of PoVs as the book – I personally think they failed. The same can be said about the messy timeline attempt and wrong order of events. And finally, for a thriller, the pace feels ways too slow. It makes me glad I’ve read the book first.

EVERY DAY THE SAME
Rachel takes the same commuter train every morning and night. Every day she rattles down the track, flashes past a stretch of cozy suburban homes, and stops at the signal that allows her to daily watch the same couple breakfasting on their deck. She’s even started to feel like she knows them. Jess and Jason, she calls them. Their life—as she sees it—is perfect. Not unlike the life she recently lost.

UNTIL TODAY
And then she sees something shocking. It’s only a minute until the train moves on, but it’s enough. Now everything’s changed. Unable to keep it to herself, Rachel goes to the police. But is she really as unreliable as they say? Soon she is deeply entangled not only in the investigation but in the lives of everyone involved. Has she done more harm than good? 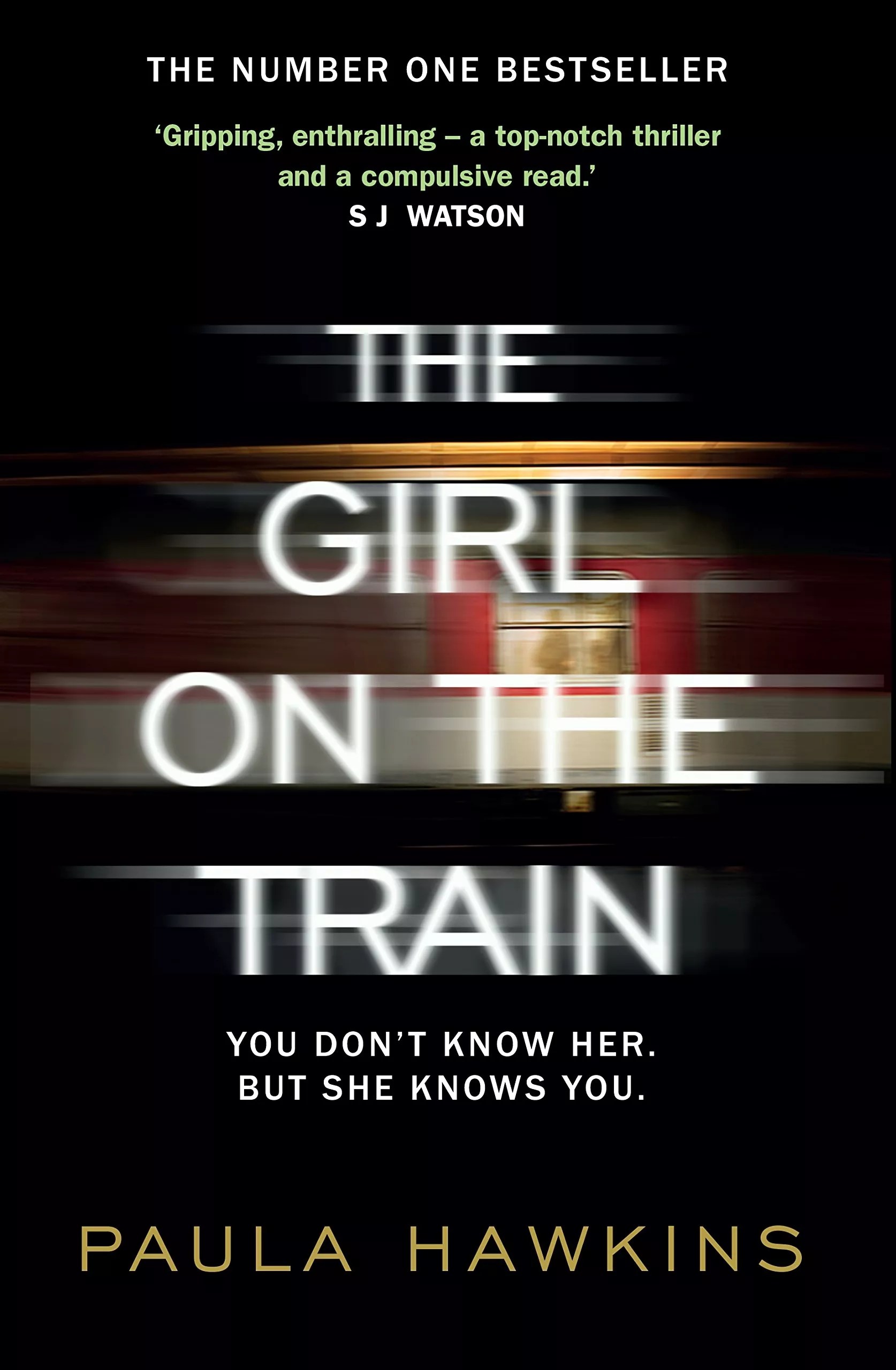