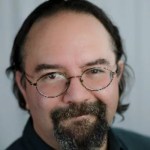 Victor Catano lives in New York City with his wonderful wife, Kim. When not writing, he works in live theater as a stage manager, light designer, and technical director, working mainly with dance companies. His hobbies include coffee, Broadway musicals, and complaining about the NY Mets and Philadelphia Eagles.

Victor Catano has been writing since he was a kid, but Tail & Trouble is his first novel. If you enjoy comedy, fantasy, and bulldogs, then you’ll surely love Victor’s debut. Know more about the author in this interview.

Describe yourself as a writer in one sentence.

Happy to be here and not yet cynical!

How old were you when you first started writing?

I’ve always written stuff. When I was a kid, seven or eight years old, I would write plays to perform for the family on Christmas Eve. I’d rope the visiting kids into playing parts. These were tolerated by all involved, although I’m sure I thought that they were Pulitzer Prize worthy.

I’ve always liked to write short stories and skits. I wrote comedy sketches all through high school and college. This is my first novel, and even though it’s a relatively short novel (about 230 pages), it is the longest thing I’ve ever written.

How did you come up with the idea for Tail & Trouble?

It all started when my wife and I were stuck in a traffic jam outside of Myrtle Beach, much like the scenario that starts off the novel. It was extremely hot, the AC wasn’t working, and our car was overheating. I wished that there was a way to just make the traffic move and stop rubbernecking the fender bender up ahead.

Then my thoughts turned to our dog, who had recently passed away, and how much he loved riding in the car. After playing with the idea for a bit, I put the two thoughts together and then started playing around with a framework for the story. It changed a lot from the early days, but that’s where the seed of the idea came from.

Who would you especially recommend your book to?

I’d say anyone who likes light-hearted, fun, urban fantasy adventure. Or anyone who is a fan of cozy mysteries with animal characters. Or witches! Or magic!

What do you do when you’re not writing?

I am a technical director, stage manager and light designer for the Conservatory of Dance at Purchase College. It’s a great job. There’s always something new and exciting going on and I get to work with some of the most talented young people around. I’ve been working in theater and event production for about 20 years now.

What would you say was your biggest challenge?

Actually doing the writing. It’s hard to find time to write, and then when you are plunked down in front of the keyboard it’s harder still to actually move your fingers across the keys and create words that aren’t terrible. And it’s no easier now that I actually got one book written and published, because it’s way too easy to use the (completely legitimate!) excuses of publicity, emailing bloggers for reviews, updating your Twitter, Facebook, and personal blog pages as a reason why you aren’t working on new fiction. Plus, we have a new puppy that likes to jump on me when I’m trying to write, so there’s that.

What is your favourite thing about writing?

When I write a funny line or an exciting scene, and it makes me pause for a second and I say “Wow, maybe I’m okay at this!”

Otherwise, finishing a story is a big thing. I’ve started a bunch of ideas over the years and dropped them after a few pages. It’s very important to me now that I see these through to the end.

And that end isn’t always what I envisioned it being! Sometimes the characters want to go in a completely different direction than you had planned.

What makes a good story

For me, it’s all about characters. I’m a big fan of a lot of mystery series – Robert Parker’s Spenser, Lee Child’s Jack Reacher, and Michael Connelly’s Harry Bosch to name a few. What has kept me reading dozens of these books are the characters.

For example, with Spenser, there are about 40 books in the series. I’ve read almost all of them, not because they’re finely honed plot machines but because I love Spenser and Hawk and Susan and Pearl the wonder dog. The suspense of whether or not Spenser will escape is kind of lessened when you’re reading book 4 out of 40, so it comes down to whether or not the characters are ones you want to spend time with. I certainly hope that readers will like Gabriel and Orson and will want to spend more time with them.

Why did you decide to write about a bulldog name Orson?

Orson is largely inspired by my wife’s old dog, Oliver. Ollie was a shaggy cocker spaniel. My wife, Kim,  got him as a rescue. She was looking for a girl dog, but the shelter told her that Ollie was going to be put to sleep soon and he’d had a rough life as pit bull bait. That means he was used to train pit bulls to fight. So, of course, Kim took him home.

Ollie was always a fiercely protective dog, and very loyal. Even though he was the friendliest dog to other people, he never got over being a bait dog. Anytime a pit bull or an akita or any big dog came near him, he’d go into a frenzy of barks and spin on his leash. But if Ollie liked you, you were his friend forever. Kim told me that she knew I was a good guy because Ollie liked me right away.

Kim also swore that Ollie was psychic. Ollie could always make you drop food or make treats roll off of a table or fall out of the fridge. Ollie also loved people food and ice cream and hamburgers.

Ollie passed away several years ago. He was over 20. We still miss him, and it took us till now to get a new dog. (Dany, a sweet and tiny pug-chihuahua mix.) Orson is absolutely inspired by Oliver, especially his food mooching skills. It’s completely a tribute to him.

What other projects are you working on?

A couple! First, to the many Amazon reviewers who were disappointed that they couldn’t find a sequel listed, good news! I am working on finishing up the sequel! (Working title: The Winter of our Distemper)

Secondly, I’m contributing a story to a Sherlock anthology. A group of us, mainly from Red Adept, have written stories about Sherlock Holmes but with a fantasy or horror twist. They’re all really good and I’m going to start editing that soon.

Finally, there is a horror story I’m working on. It’s set in a haunted house in Savannah during the taping of a Big Brother style reality show, but instead of being voted out the contestants meet a more violent end. I started it during National Novel Writing Month last year and would like to finish it up.

Thanks for having me! Readers can check out Tail & Trouble on Amazon. (You can read it for free as part of your Kindle Unlimited membership!) 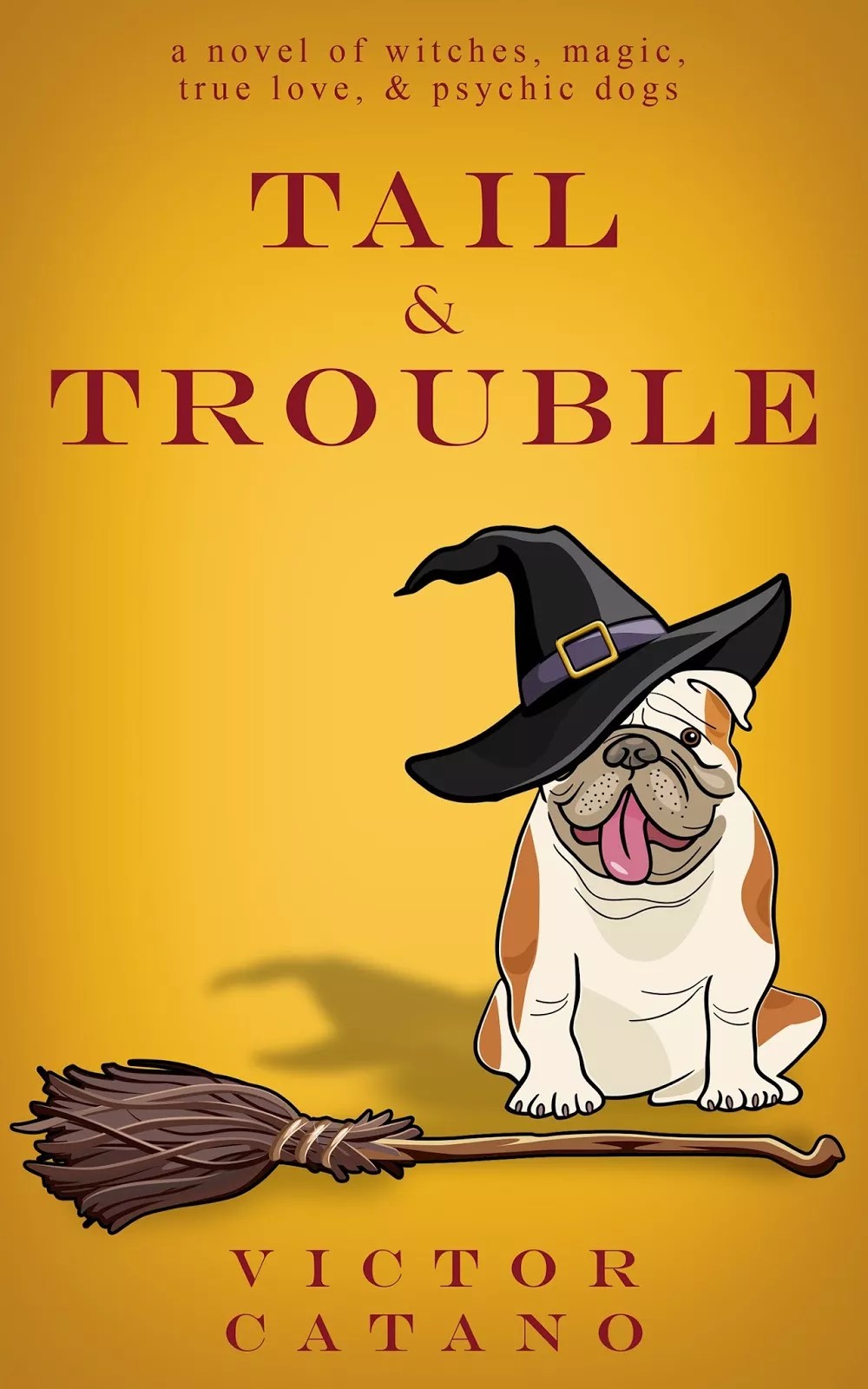 When Gabriel’s witch girlfriend doesn’t return from her latest trip, he gets on the road and heads out to find her. Sheila’s coven is secretive and distrustful of Gabriel, so the only help he has is Sheila’s familiar, a bulldog named Orson, who is psychically linked to both of them.

In Florida, they walk right into an elaborate plan to steal Orson. A mysterious wizard named Yareth is behind the plot, and he may also know where Sheila is.

Gabriel and Orson will have to fight for their lives as they navigate around all the magical roadblocks to force Yareth’s hand. They won’t give up until Sheila is safe.