This is a review of an advanced reader copy which has been provided by NetGalley (thanks NetGalley and the publisher) before the official release of the book. Please note that things might have changed since the book has been officially released.

Note about negative reviews:  All opinions are my own and personal tastes vary; no opinion stated here is meant to discourage others to read a book.

There are two things I have to admit.

This negative review, by no means, is meant to encourage others not to read Nevernight. In fact, Nevernight’s current rating is the proof that this book will please many. However, due to certain aspects, it was just not the book for me.

The plot, which plot? If you hadn’t read the book blurb, then you wouldn’t even have a clue of what the main plot is until after you’ve gone through several pages. This made me really sad, because I thought this book had so much potential. So much creativeness had clearly been put into the world-building aspect. Then, when I started actually reading it, it just didn’t deliver.

The pacing was off. And so the timeline. Why sacrifice chronological order for the sake of nothing, since you are going to incorporate flashbacks straight away, without even much of foreshadowing? So many questions, so little answers. Literally.

Sadly, I couldn’t feel much for the characters. Their feelings were narrated passively, from a cold and distant perspective. That is, if the main character had feelings at all.

I’d like to believe that this was the main issue I’ve had with the book. Maybe if the writing approach had been different, who knows, I might have found myself actually enjoying the story?

In the beginning, I thought everything sounded beautiful, even poetic. The parallelism between scenes, the epic and cold tone, even the footnotes. Until it became too much. It would have worked well as a prologue, maybe. But as if it was not enough to put the readers under the pressure of a very confusing first scene and thrown into a world that is mostly explained via footnotes; then there’s also the fact that this would be a pattern throughout the rest of the book.

The metaphors? Too much.

Use of passive voice? Too much.

The footnotes? Too much. First impression was that they could have added a special touch if they have been done differently. When these footnotes started acting more like an ‘info-dump’ aid rather than comic relief, they became an extra distraction that’d pull me out of the main plot (as if finding the main plot wasn’t hard enough on its own…)

Accents and dialects in writing? I am not a fan. I just am not, this might be my issue, I don’t know. I like to read words that are written as they are supposed to – in plain English. Having to read phonetic spelling simply breaks the flow.

Do not get me wrong, the author has a very specific style. The tone is ‘epic’ in some way. It could have worked. O, it could. But it just became too much at some point.

Overall, I felt Nevernight wasted its potential due mostly to the writing style and writing approach. Should it had not been such a struggle to follow the story smoothly, I would be probably saying wonders about the book now.

Destined to destroy empires, Mia Covere is only ten years old when she is given her first lesson in death.

Six years later, the child raised in shadows takes her first steps towards keeping the promise she made on the day that she lost everything.

But the chance to strike against such powerful enemies will be fleeting, so if she is to have her revenge, Mia must become a weapon without equal. She must prove herself against the deadliest of friends and enemies, and survive the tutelage of murderers, liars and demons at the heart of a murder cult.

The Red Church is no Hogwarts, but Mia is no ordinary student.

The shadows love her. And they drink her fear. 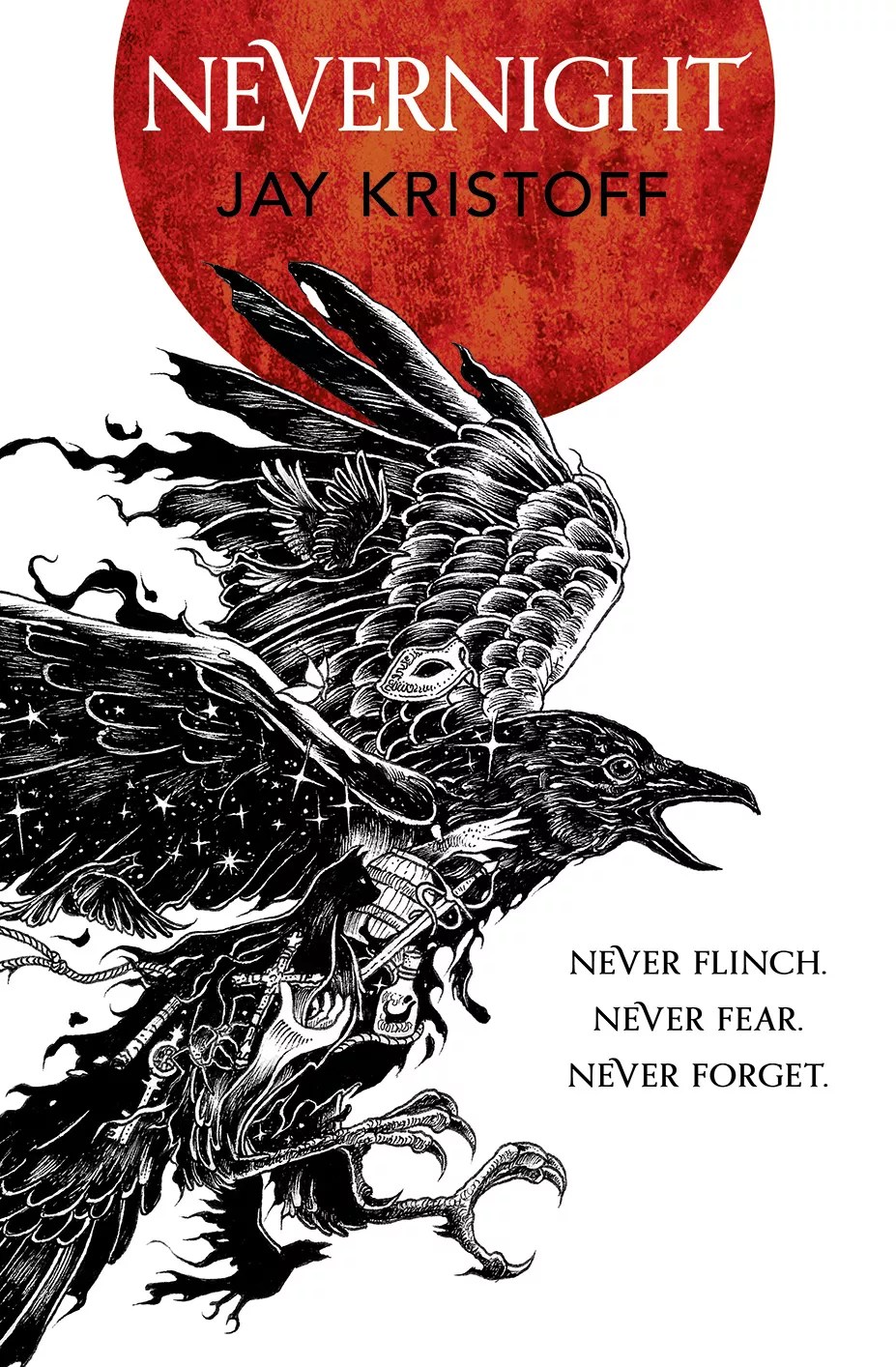