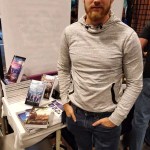 Having spent the majority of his childhood jumping from country to country with his mother, Michael Chatfield now travels the world searching for inspiration. He calls Canada home, for now, but regularly bounces across the pond to his true home, the UK. Michael pays the bills as an Infanteer in the Canadian Military.

Check him out at www.michaelchatfield.com

Michael Chatfield is an accomplished Science Fiction author who has written a series of novels called The Free Fleet. His latest book, War’s Reward, is the latest in The Free Fleet Series and it has just been released this month.

1 – First things first. Tell us a little about yourself.

Just a British guy living in Canada, been some places seen some things. Got stung by a big jellyfish, true story. Oh and I read a lot, and that kind of turned into me writing and somehow turned into a job.

Up until recently, I was a soldier for the Canadian military, but all good things must come to an end. Now I write Military Space Opera and shoot much larger guns… in my imagination.

2 – What has inspired you to start writing?

I read, like whenever I can, which means I go through a number of books in a week. I stumbled into science fiction and I have never been able to quell my reading want for more.

Science fiction is really cool, it gets you to open up your imagination to the possibilities of ‘what if?’ Since I don’t have a beer in hand, and a few in me already, I won’t get into all of that!

While some people think about the possibility of what they are learning in their different fields, I was stuck thinking that there were some real gems of books – but then they were missing things. I don’t mean it was like half a book or whatever. Though, I started to see different books and think what it would be like to combine the scenes and see what the characters would do.

Well I couldn’t right? That would be insane, and I have nowhere near the arts and crafts skills to stick two books together.

Though as I read I kept on imagining, and then my friend told me he was writing a book. I was blown away. People can do that? They can write books? Of course they can, and I wanted to try it out!

So I tried out NanoWriMo for a few years.

Then, in my last year of university, I decided to not just write for someone else. I was going to write for people that liked military science fiction! It took me about a year and a half, and I created The Recruitment Rise of the Free Fleet.

I didn’t think it would do all that well. I was competing with so many people. But I knew that I wanted to put out more books. Weird thing was that other people wanted them too!

So I started writing the second book, and more and more people started reading.

3 – And what have you learnt since then?

WRITE DOWN NAMES! I don’t know how many times I had to go back to try and remember people’s names. Know the feeling when you’re about to say something, but words suddenly leave you? That was me with names in the Free Fleet series.

4 – How did you come up with the idea for the Free Fleet series? Did you have in mind it would be a 5 book series from the beginning?

In about a week I went from thinking to ‘I need to write this or I’ll explode’.

5 – You should have been expecting this one: Why Science Fiction?

I kind of answered it before with the ‘What if’. Though I think it comes down to a few things. I can see how my characters react to the extremes of a situation and… well hell it’s exciting!

I can’t think of anything more exciting than space. It’s scary as hell, yes, but I guess it’s got so many secrets and interesting facets. While I can’t go and explore it right now myself, I can try to imagine what it would be like!

6 – Tell us an interesting fact about your most recent project, the Harmony War series.

The Harmony War Series is very strictly Hard Science Fiction. I don’t mean because I know how inertia, and braking a ship take a lot of time. I mean for some reason I took a night, plotted out the inhabited systems in 3 or 4 parsecs, got distances and then figured out how long it would take at 0.5c to reach those systems. So when it says it takes Mark and Tyler 60 years to get anywhere, it’s because with just physics as we know it, big solar sails and engines, that’s how long it would take you.

Also, I hate math, and that was possibly the most fun I will have with it, ever.

7 – Pick any of your characters and tell us something unexpected about him / her.

Mark Victor is a lot smarter than most people would think. He’s also the most self-destructive character I know. He turns his anger inward, pushing himself to limits that no one can reach but he can’t understand it.

It makes for one hell of a story.

8 – What is the most difficult part of writing?

The hardest part is not starting other series. You get one good character and they’ll run around your head screaming bloody murder till you write it out. It’s a really big pain in the butt if you’re in the middle of a series.

9 – Which authors or books have influenced you?

10 – Thank you so much for this interview, Michael. What is your next project, and when should your readers expect more updates?

Thank you for having me! Well… I’m working to expand the Harmony series rather rapidly as we speak. Then… hmm maybe a new series, let’s call it the Age of Elves for now. 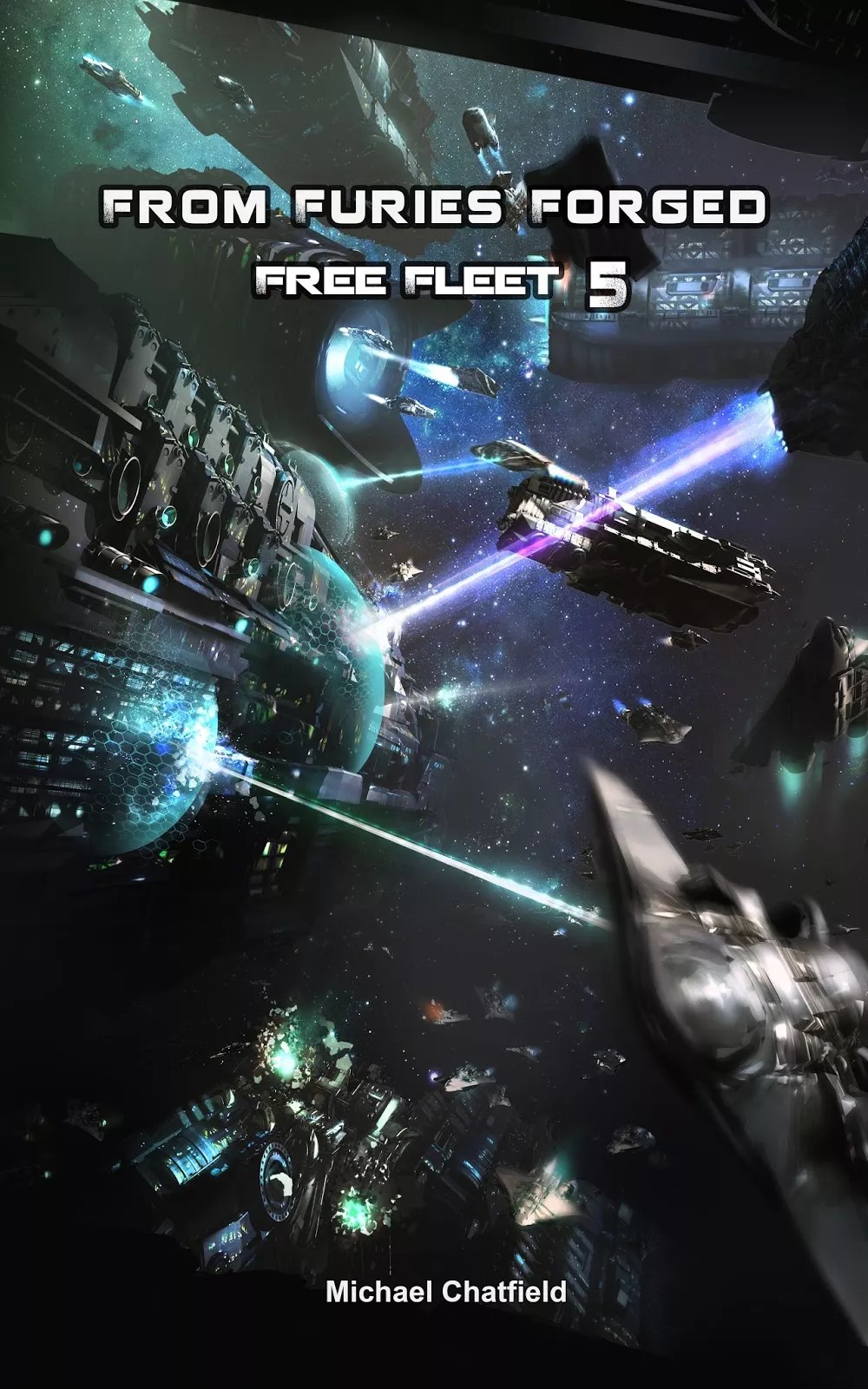 The Kalu aren’t a long lost nightmare anymore.
They came from the black.
They destroyed Rosho.
They ravaged Heija.
That was just the scouting force.
Their coming back.

Power those reactors, charge those rail cannons and ready the fighters. The Free Fleet is going to war.