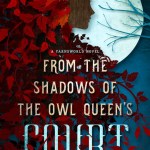 I’m from a small town in Northern Ireland called Banbridge, but have been living and working in Scotland since I moved here at the age of eighteen. Tragically, that was quite a while ago.

I’ve been writing for most of my life, and have been reading for pretty much all of it (with help from mum and dad at the beginning). My life changed when a substitute primary school teacher read my class part of The Hobbit and I asked him for a lend of the book – I fell in love with the fantasy genre and never looked back.

They Mostly Come Out At Night is my debut novel, and is the first novel in The Yarnsworld series. It will be followed in late 2016 by Where the Waters Turn Black.

The Fandom Tipping-Point, by Benedict Patrick

I vividly remember my first time.

I was in my final year of primary school – eleven or twelve years of age. He was a substitute teacher, taking over our class for only a few weeks. Despite our huge age difference I was drawn to him, and more importantly was drawn to the copy of The Hobbit that he had brought to class to read to us.

I asked him for a loan of it and devoured the book in a weekend. I was hooked.

Wait, I was talking about my first time reading a fantasy novel – what did you think was going on here? Get your minds out of the gutter, folks.

Now, obviously the above statement isn’t quite true – my introduction to JRR Tolkien wasn’t the first fantasy story I ever experienced. As children we’re almost force-fed the stuff. The knight saves the princess from the dragon. The wolf dresses up in grandma’s clothing. The genie grants the young boy three wishes. Also, classic stories for older children often have a fantastical hook (yes, even in the pre-Harry Potter days) – think of The BFG, The Wind in the Willows, The Indian in the Cupboard.

But for me, discovering The Hobbit was different. Before then, I just loved reading, and would do so indiscriminately. I would read The Lion, The Witch and the Wardrobe, and afterwards would be just as happy dipping into something more grounded like The Silver Sword (still one of my favourites).

The Hobbit, however, grabbed me. It pulled me in, and – most importantly – afterwards made me say, “More of that, please.” Since then I’ve had new favourites, and nowadays there are plenty of other fantasy novels I’d rather reread than The Hobbit (even though I’m getting to re-experience it as my daughter’s bedtime story at the moment), but at that crucial point in my life, that one book changed me. I stopped being somebody who loves to read, and became somebody who loves to read fantasy.

With that one book, my substitute teacher had corrupted and changed my young mind forever.

I’m not alone in being able to pinpoint that moment, when I became a fan of something. I opened up a discussion about this on the fantasy subreddit a few weeks ago, and many other fantasy readers had experienced something similar. The older Dungeons & Dragons books popped up a lot for people – Dragonlance and Drizzt stories in particular. Harry Potter was a major starting point for a certain generation of fantasy readers, and so were the Narnia tales. And The Hobbit and The Lord of the Rings were mentioned A LOT.

This idea of some kind of tipping point into fandom isn’t isolated to the fantasy genre either – many out there who identify themselves as fans of certain genres can often pinpoint exactly which book or television show first grabbed them. My mother-in-law has been reading crime thrillers ever since she found The Surgeon by Tess Gerritsen. My wife has been grabbing chic-lit books from supermarket shelves since discovering the Shopaholic series (50 Shades has changed this reading habit recently, however…), and I’ve lost count of the number of paranormal romance fans I know who grew up on a healthy diet of Buffy the Vampire Slayer as teenagers.

Many of the fantasy readers on reddit mentioned the same stories, the same experiences that turned them into fans. Most of these shared experiences were very popular novels. I’d like to pose a bit of a chicken/egg conundrum to you now. Were these tipping-point books mentioned a lot because they were already popular – there was more chance of non-fans picking them up because there are more copies of them out there, and there is more chance of someone else recommending them – or is something else going on?

Is there something special about these books?

I know, it sounds like a bit of a hokey statement – the ravings of a madman whose mind has been twisted by too many books stuffed with elves and magic – and most of the rational part of my brain doesn’t believe it either.  But let’s stow our cynicism away for a few moments, and consider the idea. Is there something special that a story needs to have – some unseen alchemy combining characters, plot, language and pace – to convert a reader into a lifelong fan of a particular genre?

Let’s take our first steps towards finding out. I showed you mine – The Hobbit turned me on to fantasy – so you show me yours: what are you a fan of, and can you pinpoint what tipped you over the edge?

I wonder how many of us have shared experiences… They Mostly Come Out At Night

He locked himself away from the dark, but in the Magpie King’s forest nowhere is safe…

Lonan is an outcast, accused of letting the monsters that stalk the night into the homes of his fellow villagers. Now, he will not rest until he wins back the heart of his childhood love and reclaims the life that was stolen from him. However, locked safely in his cellar at night, in his dreams Lonan finds himself looking through the eyes of a young prince…

Adahy has a destiny, and it terrifies him. How can he hope to live up to the legend of the Magpie King, to become the supernatural protector of the forest and defender of his people? But when the forest is invaded by an inhuman force, Adahy must rise to this challenge or let the Wolves destroy his people.

Watching these events unfold in his sleep, Lonan must do what he can to protect his village from this new threat. He is the only person who can keep his loved ones from being stolen away after dark, and to do so he will have to earn back their trust or watch the monsters kill everyone that he holds dear.

They Mostly Come Out At Night is a Dark Fantasy novel from Benedict Patrick’s Yarnsworld series. If you like Neil Gaiman and Patrick Rothfuss then you will love this captivating, dangerous world in which ordinary people struggle to find their place in a land ruled by stories.

Start reading today to discover this epic tale of dreams, fables and monsters!