Seeing as Batman v Superman: Dawn of Justice made Wonder Woman reconquer her presence in pop culture, it is no surprise to see DC Comics taking the opportunity to bring us new and hopefully refreshing projects.

One of them is the all-ages mini-series called The Legend of Wonder Woman which piqued my curiosity right away.

First of all, I would like to warn you that the following review will be coming from a Comic Book newbie, and as any personal opinion, as subjective as it can be.

Note: This Review refers to the Print Edition Issue #1 (corresponding to Chapter One, Two, and Three of the Digital Edition)

As you could probably guess by the name, the series is a take on Diana’s origin story (and one of the multiple Wonder Woman origins currently being released). It has been written and drawn by Renae de Liz, and inked by her husband Ray Dillon; and in my humble personal opinion, the involvement of a female artist has contributed very positively to a deeper, more empathetic reinterpretation of the character of Diana (and her world).

The book opens with a narrative that starts right from the very beginning, with a very specific history of the Amazons and Hippolyta, Queen of the Amazons. It then progresses smoothly, from Diana’s birth through her relationship with her mother and to her own internal struggles. All of these events are narrated in a way that focuses primarily the emotions of each character involved. And how delightful this is!

The storytelling style is easy to grasp, De Liz doesn’t simply throw you into an unknown world, opting instead for being very clear about the basics, the concept, and the history of the Amazons itself. The pacing is perfect, it compels you to keep reading.

The art is what I would describe as ‘adorable’, expressive visuals that are perfectly complemented by the lettering and clever layout. In fact, the last time I went to the Comic Book shop to buy one of the latest issues, the lady who attended to me pointed at the cover and exclaimed: “Aw, isn’t she adorable in this series!” The attendant has also mentioned how both she and her nephew were reading the series together, which only emphasizes the fact of it being refreshingly targeted to young readers and girls.

Overall, the first issue of The Legend of Wonder Woman felt extremely magical, emotional and spiritual to me. It explores not only Diana’s core, but her motivations, her background, her past. If our experiences dictate the ‘what’, ‘how’ and ‘why’ we do what we do, then this series could be the missing link for the true understanding of Wonder Woman’s character.

With the main question being it “Where does this story fit in the DC continuity”, I admit it makes me only slightly sad that it most likely doesn’t. At the very least, I would like to see more of this Diana, daughter of Hippolyta, whose motivations and past have been finally explored, and more of this magical society of peaceful Amazons secluded from the outside world. Apart from that, and judging by this first amazing issue, these series is more than enough to be enjoyed on its own, and personally recommended by me. 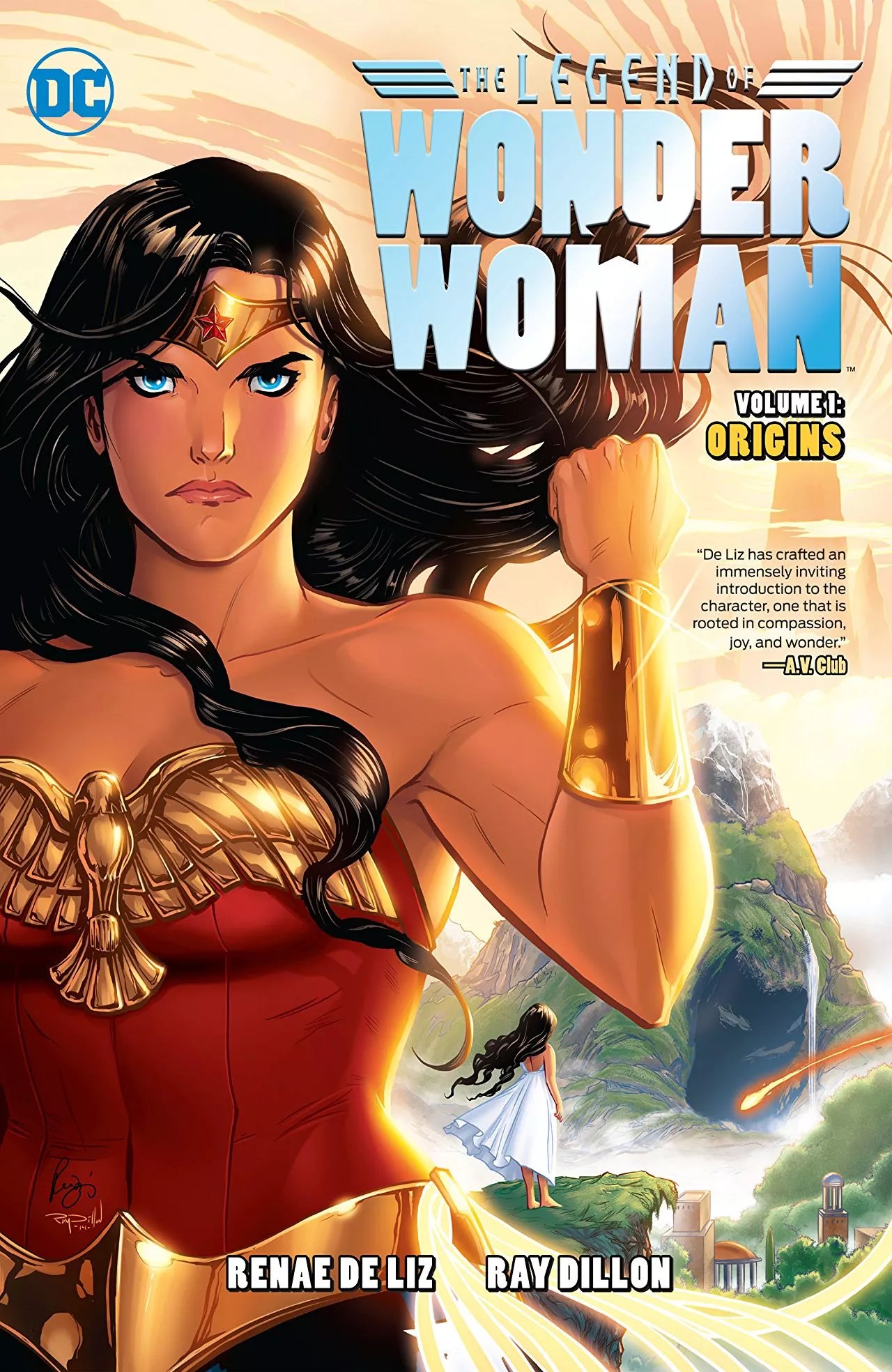 The Legend of Wonder Woman is a series starring Wonder Woman, published by DC Comics. The series was created by Renae de Liz, with colors, inks, and letters by her husband, Ray Dillon. It functions as a modern retelling of Wonder Woman’s Golden Age origin, with heavy influence from the original comics by William Moulton Marston.

THE BEGINNING OF A LEGEND!

On the hidden island of Themyscira, the Amazons, led by Queen Hippolyta, live in a kingdom of peace, protected by the gods. But the balance is upset when Hippolyta is granted what no immortal may have: a child, given life from the clay of the island. She is the princess Diana, who alone can sense the evil that is infesting the Amazon’s home.

But when a man from the outside world is brought to Themyscira as part of a conspiracy to overthrow its queen, Diana will risk everything to save his innocent life…and lose everything in the process. Soon, the Amazon princess finds herself in a world she never knew existed—America, a land of untold wonders that also finds itself threatened by a great war abroad.