This coming-of-age sci-fi thriller gets from me a final rating of 3.5 stars (4 stars on every other website that doesn’t accept half-stars), having earned the half-star in its last emotional moments plus the fact that it is beautifully illustrated.

Action heavy and fast-paced, the full story feels a bit episodic, as if it could be composed of distinct episodes instead, each one representing a different conflict, and finally escalating into an ultimate one. These episodes alternate between moments of faux ‘new equilibrium’, and as risky as this approach seemed to be, it didn’t trick readers towards an ending which wouldn’t make sense. Instead, there’s the right amount of unpredictable events and all questions are answered in the end. The concepts are introduced to us in a way that is easy for any reader, even younger ones, to understand; Ballagh uses a smart balance between the brothers Brady and Felix and their own level of knowledge to achieve this story-telling method. I’d say that considering the plot is interesting enough to never allow you to have a slow moment, I’d feel sometimes there was too much happening. The implementation of backstory as part of the main action of the narrative was done brilliantly. Apart from having a good dose of adventurous action, this book also surprises us with a few subtle moments of comic relief, making the whole tone perfectly appropriate for its targeted audience.

Despite being easily likable, I believe the characters lost a bit of their deserved impact due to the lack of deep PoV. The fast pace and amount of action makes some of their decisions feel rushed at times, which made me perceive characters like Nora and Sudo, for example, easily gullible and influenced. Surprisingly enough, the lack of PoV didn’t get in the way of brilliant characterization or the amazing relationship between characters. The relationship between Brady and Felix is inspiring, and even behind the sci-fi veil, they are as human as us, so the fact that we are able to feel their pain and struggles should be highlighted. Even the secondary characters have been entitled to a very unique personality of their own, it’s easy to get attached to them.

With an overall omniscient narrator who withholds important information at the right times  (he does keep us wondering and the amount of foreshadowing is just perfect), The Quantum Door would have benefited of a third person limited PoV instead – in my opinion, of course. Therefore, I would have preferred to have read the story from either Brady’s, Felix’s or both (alternating) PoV (deep) and be oblivious to what other characters could have been feeling, thinking or doing meanwhile. Considering the brothers have been present in the main action at all times, this could have been easily achieved. However, Ballagh’s writing style is not bad, by any means. It is, in fact, smooth, and easy to read, with beautiful descriptions and explanations, and perhaps a bit of too much passive voice during moments of tension.

Overall, I would highly recommend this book without thinking twice. Appropriate for young audiences and those seeking an adventure full of action, quantum mechanics that are easy to understand, AI at its best, and even heart-melting moments.

Discover what lies beyond the Quantum Door.

The mysterious woods behind Brady and Felix’s house have been deserted for years. But things change when a fence goes up and the brothers notice strange things happening at night. From the moment they dare cross the fence, the brothers enter a world of dark technological secrets that will rock the foundation of everything they know to be true. And once they enter, there’s no turning back.  Some places are better left alone… 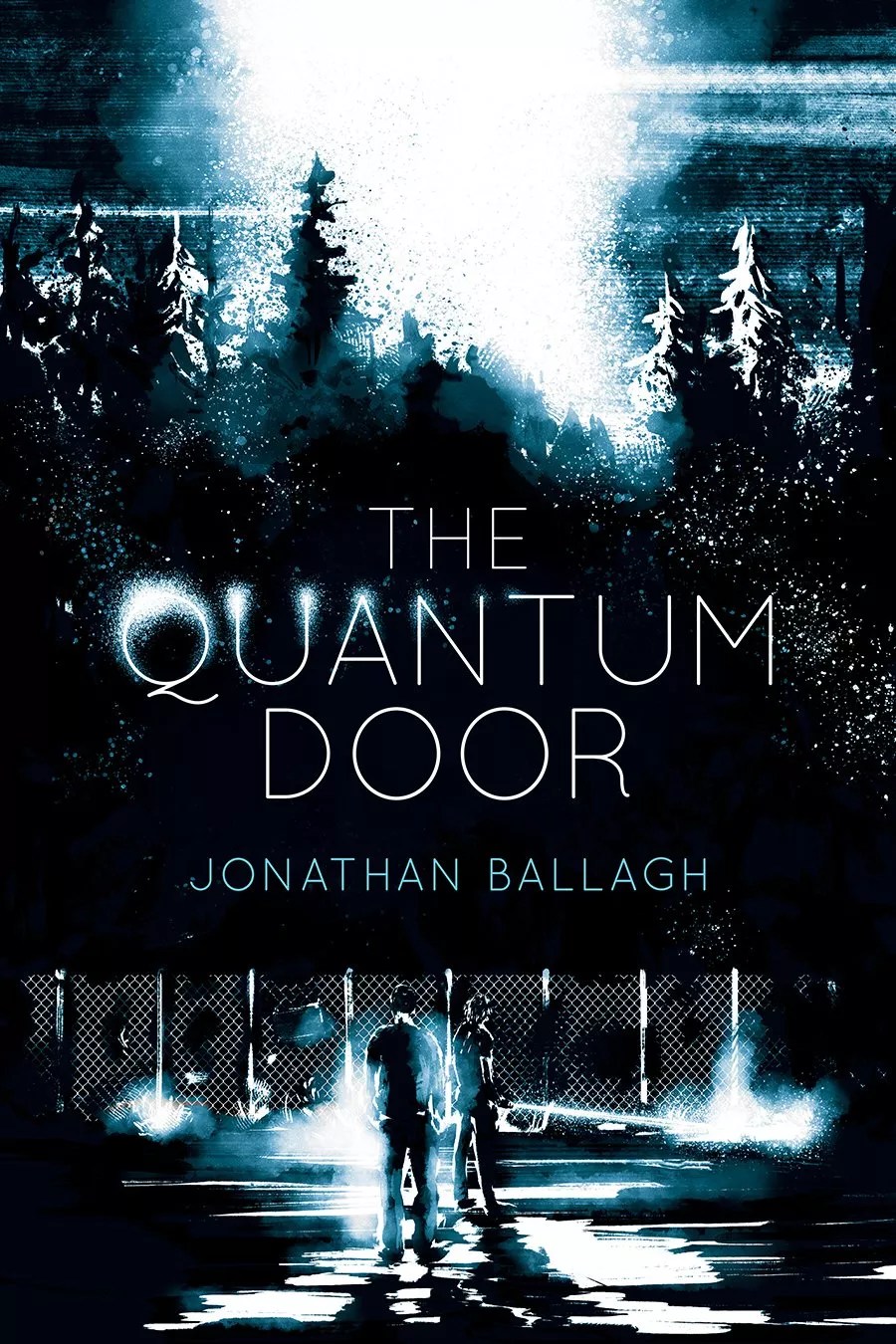 Always feels home with you 📚 🥰