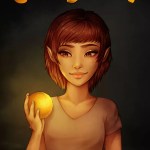 Bryant lives in Kelowna BC (Canada) though he grew up in small towns in southern Alberta. He got his undergrad at BYU-Provo and after many years in the workforce (about seven years teaching ESL and seven or eight years working for the Canadian government) he’s currently pursuing a Master of Arts in Integrated Studies. He has many hobbies, including 3D modelling and printing, language, writing (obviously), hiking, and he’s a board game geek.

Bryant became interested in Fantasy when he was four years old, after having watched a play where the main character had to retrieve a dragon’s tear. For years, he has been writing scripts for TV shows, stories, and even a novel.

Now, his first book is out and it’s called ‘Elf Mastery’. I hope you enjoy the interview and that it piques your interest to know more of his book.

Like most elves, Kyla’s first year away from home presents certain challenges: meeting new people, finding a suitable field of study, and learning to yo-yo. Unlike most elves, Kyla runs afoul of Erebus, the god of darkness, who plans to bathe the world in eternal night. Kyla must leave her carefree adolescence behind and master her fears if she hopes to save the Earth and the people she loves within it.

This is the first book in a trilogy that explores the hidden world that manages our own, where air spirits carry the winds and earth elementals spin the world on its axis. Inside this world Kyla Nim tries to discover her role against unusual odds.

1. When did you first decide you would write a novel?

I wrote my first novel right after I finished university. It was never published, and is pretty terrible, though I like some of the concepts and may recycle them one day. I still have it in a binder. I first decided to write this novel about a year and a half ago, though I originally started it as a script for a cartoon, and even wrote some songs for it. But I decided to rework it as a novel, and make it a little darker for a slightly older audience.

2. Which authors, concepts or ideas inspired you?

I drew a lot of ideas and inspiration from a lot of sources. I came up with the setting for the book first, with the idea of our worlds’s ‘science’ actually being the work of fairies and magical creatures. Eunoe, one of the main characters, was based on Marcella from Don Quixote, though I strayed from that a bit. I also allude to her having a background in which she was victim-shamed, and this was because of the Amanda Todd story. The book doesn’t go in depth into that as this book is not Eunoe’s story so I didn’t feel I could devote that much time to it, and it is not a topic I feel worthy to write about. I hope someday that the right person might do a short story to fill in the gaps.

Also Lug came from a news story about a boy being bullied for wearing a My Little Pony backpack. While I understand that kids bully each other, I was appalled at how adults on the news sites were leaving such mean comments about this little boy. So Lug is this sensitive rock monster who likes pretty things and gets bullied for it.

Kyla, the main character, was designed for character progression. Some of my beta readers really liked her but a few don’t like her at all in the beginning of the story. However, most people love her by the end, and her growth is what I focused on. There are two elements that I wanted in her as a hero. First, while it is great that there are more butt-kicking female action heroes nowadays than when I was young, I found it odd that female heroes are often made into heroes simply by giving them traditionally male attributes. I thought, why can’t feminine traits be heroic? While Kyla isn’t a stereotypical female, she isn’t masculine either, and I think her strengths are more realistic. Second, and related to the first point, is that I didn’t want her to be the hero just because she’s the smartest, strongest, fastest, prettiest person in the story, but rather because she cares about others, is willing to take action when it is needed, and is relentless in pursuit of her goals. To me, those are more heroic characteristics.

3. What were the main challenges in the process of making ‘Elf Mastery‘ become a reality?

This one – the marketing. Writing was a lot of work, but it was fun. Editing and formatting were trickier. But as this is a self-publication all the marketing falls on me and it is not something I’m good at! But it has been a great learning experience. As an author with no name recognition, it is difficult to grab people’s attention enough to read the book.

4. Would you do anything differently?

I don’t think so. There are some choices I made where I know I could have done things differently, but chose not to. For example, as I already mentioned there were a few people that didn’t like Kyla in the beginning of the story, and this seemed to be due to her naivete and general ignorance. The idea is that she starts the story as immature for her age and unlearned of the world due to her isolated upbringing. I thought about throwing her in more world-wise to make her more appealing, but then I realized her growth throughout the story would lose its significance, and that was more important to me. I can’t make everyone happy, after all, so I decided to start by pleasing myself and developing the character the way I liked her most.

5. How does it feel now that your first book is finally out there?

You’d think it would be a relief but it isn’t. Starting out is very slow, as I haven’t reached the market yet. However, I have been very fortunate in that a particular famous author has offered to look at my book in a few weeks, and if he likes it he will give a good review. If not, he will tell me so. So I’m a bit anxious to find out the results.

6. Tell us about Kyla, the main character. Was there a real-life inspiration behind her?

She’s not based on a real or fictional character, no, just the points I made in Question 2. However, the mental picture of what she looks like and some of her behaviors are very loosely based on a girl I know, who doesn’t know this.

7. How would you respond to a bad review?

Obviously I’d feel disappointed but I knew bad reviews were a possibility when I put the book up for sale. I decided beforehand that the most important thing is that I feel proud of what I wrote, and I am. I like the book, I love the characters, and I think it’s a good story. I wrote it for me first, and ultimately I think that leads to a better quality book. That being said, I really do want other people to enjoy it, but even if no one else does, I’m happy with it.

8. Elf Mastery is the first of three volumes. Why did you decide to make it a trilogy?

It was too long of a tale to tell in one book and it had three arcs, so it seemed natural to do it as a trilogy. I wrote the end of the third book when I started the first book, so I already knew where I wanted Kyla’s character to end up. It’s just going to take three books to get here there. Each book focuses on different elements of her personal development.

9. Did you outline your novel or did you just develop the initial idea?

I developed the general concept in my head but wrote a brief outline to keep the plot points organized. I use it more as a guide, and I often change, add, or subtract scenes and characters. Marik started out in only one scene but his character grew into a very important role, and I think one of the most fascinating characters.

10. The picture on the cover is adorable and it caught my attention immediately. What was involved in the process of choosing an illustrator that would capture the right essence of your main character?

I couldn’t afford a professional artist so I went to deviantart and found a girl who had some pictures that reminded me of some of my characters. She actually did four portraits: the other three are Aspen, Aura, and Eunoe and I plan to put them on the back cover when I am ready to print the paperback version of the book. I commissioned her to do the art and she was eager to do it and very pleasant to work with. She is someone who clearly loves what she does – she is pretty young but she already has dozens, maybe hundreds of portraits on her page.

11. What advice would you give to aspiring writers?

Write a book! Sounds obvious but the first failure of many writers is they don’t finish. Don’t let pride get in the way, either. A lot of beta readers have to deal with authors who get mad when their writing is met with criticism. Criticism can be good – it lets you know what to work on. But also take it with a grain of salt. One or two reviews don’t represent your entire target market. Also, don’t compromise the integrity of your story. It’s your book, and ultimately, you are the one person that needs to be happy with it. That’s how I feel, anyway, but I’m not successful yet so my opinion probably doesn’t have much clout. 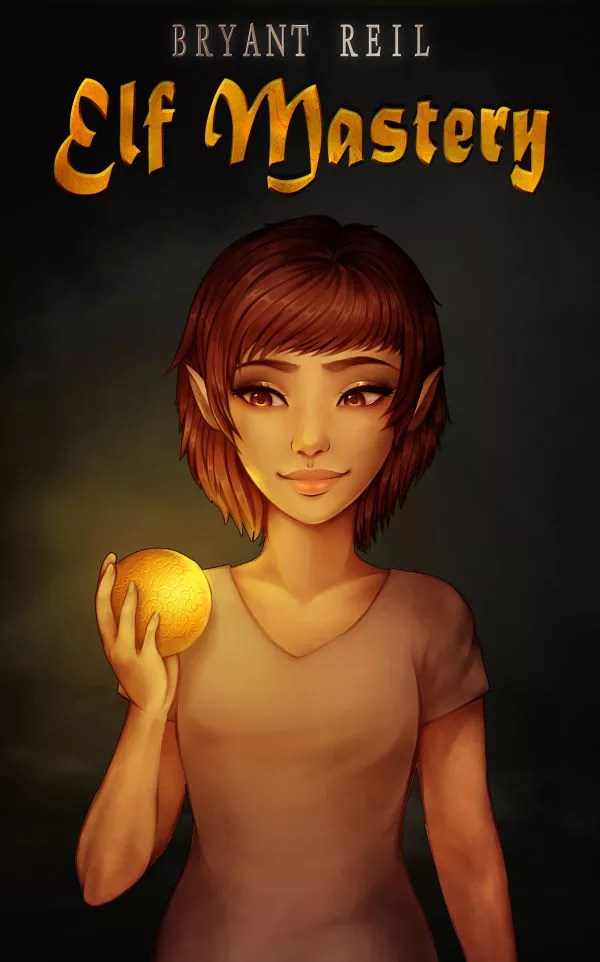 Like most elves, Kyla’s first year away from home presents certain challenges: meeting new people, finding a suitable field of study, and learning to yo-yo. Unlike most elves, Kyla runs afoul of Erebus, the god of darkness, who plans to bathe the world in eternal night. Kyla must leave her carefree adolescence behind and master her fears if she hopes to save the Earth and the people she loves within it.

This is the first book in a trilogy that explores the hidden world that manages our own, where air spirits carry the winds and earth elementals spin the world on its axis. Inside this world Kyla Nim tries to discover her role against unusual odds.