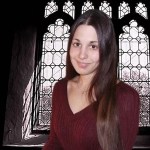 Sabrina Benulis graduated with a masters in Writing Popular Fiction from Seton Hill University. She currently resides in the Pocono Mountains of Pennsylvania with her husband and a spoiled cockatiel. website | twitter | facebook

I’ve had the opportunity to interview Sabrina Benulis, author of Angelus (Books of Raziel) published by Harper Voyager, thanks to Bewitching Book Tours.

1 – Hi Sabrina, thank you so much for the opportunity of this interview. Do you want to tell us a little about yourself and your background?

Thanks so much for interviewing me! Well, as for myself besides being an author, I’m a first-time Mom with another little one on the way this summer. So as you can imagine these past two years have been hectic! Before I published The Books of Raziel series, I went to grad school at Seton Hill University, where I got my Masters in Writing Popular Fiction, and before that I was a college student. I was lucky to publish my books relatively soon after getting out of school. Besides all of that, I’m a typical female product of my generation who also happens to love anime and old-school video games. That is–when I get the time to enjoy them!

2- ‘Archon’, the first installment of The Books of Raziel Trilogy, was your debut novel. What inspired you to write your first book?

I got the ideas for what would turn into Archon and the subsequent novels in the series all the way back in college, about 10 years ago. At that time, there were practically no fantasy novels with angels and demons as characters. I happened to catch the paranormal fantasy boom at the right time when Archon was published. It seemed there were a lot of other authors thinking like me! But what makes The Books of Raziel series different is the content–it’s made to be very unique. From the start I wanted to write about a sumptuous gothic world where angels and demons were not black and white creatures, but had shades of gray to them like us humans. I also wanted to write a completely original plot–something daring. In that sense, I hope I succeeded!

3- What was the hardest part of writing ‘Angelus’, the third installment in the series?

There is so much riding on the end of a book series. You have to bring closure to every character, every subplot, and the main plot as well, and do it in a memorable and satisfying way. So the pressure was on. This series has a lot of characters and detail, which made that task even more challenging. I’d read many fantasy series with last books that did very little of the things I mentioned above, and it always left me with a bad taste in my mouth. I didn’t want that to happen here.

4- Are you a plotter or a pantser?

I’m a little bit of both. I loosely outline the major parts of a novel according to the overall arching plot, and then I give myself wiggle room to explore the characters and story more. I’ve learned it’s not good to plot too strictly (at least initially) because characters tend to grow and change in unexpected ways, and sometimes there is a different story hidden in the novel you’re writing that is the REAL plot.

5- What are your thoughts on bad reviews?

Bad reviews have to mean very little to you as an author, because if they don’t, you’ll never write anything again. Writing a book is an art just like any other, and let’s just say that for every person out there who likes a particular painting, there will be others that hate it. That’s just the nature of this career. However, I think the internet has unfortunately given a voice to people who like to be mean just for kicks and attention. The bullying incidents on Amazon.com and Goodreads that scandalized the reading world in the last few years are good examples of this. People have to understand that authors are human beings trying to make a living too. Thankfully, the majority of readers are decent people and would never do something like that.

6- How did you go about trying to get your first novel published, and do you have any advice for other aspiring authors?

Ten years ago, it was considered the height of foolishness to self-publish first and find an agent or publisher later. You were told no one would respect you as an author or take you seriously. Now, of course, things are very different. That being said, like many others at the moment, I took the traditional route of trying to publish in small magazines and internet publications before getting an agent, and then when I was lucky enough to get a good literary agent, it was time for us together to try and sell my novel to an interested publisher. It sounds simple, but these things take time. Sometimes years. My advice to other aspiring authors out there is to have lots of patience. This industry is slow, but good things are worth waiting for.

7- What is your next project?

There are actually two I’m pursuing, though one will eventually take precedence over the other. The first is a dystopian science fiction novel, and the other is a young adult fantasy based on Japanese mythology. Both of them really appeal to me, and it’s been hard splitting my creative brain between the two. That’s why I said I’ll soon have to choose only one to focus on and seriously mature into a novel.

Thanks again for the interview! To all those who are interested in my novels or who are already fans, I’d just like to say thank you so much! You’re the reason this career can be so special and rewarding! The best way for people to reach me is on Facebook at my author page: http://www.facebook.com/SabrinaBenulis. I also am on Twitter at: https://twitter.com/SabrinaBenulis. Thanks again! 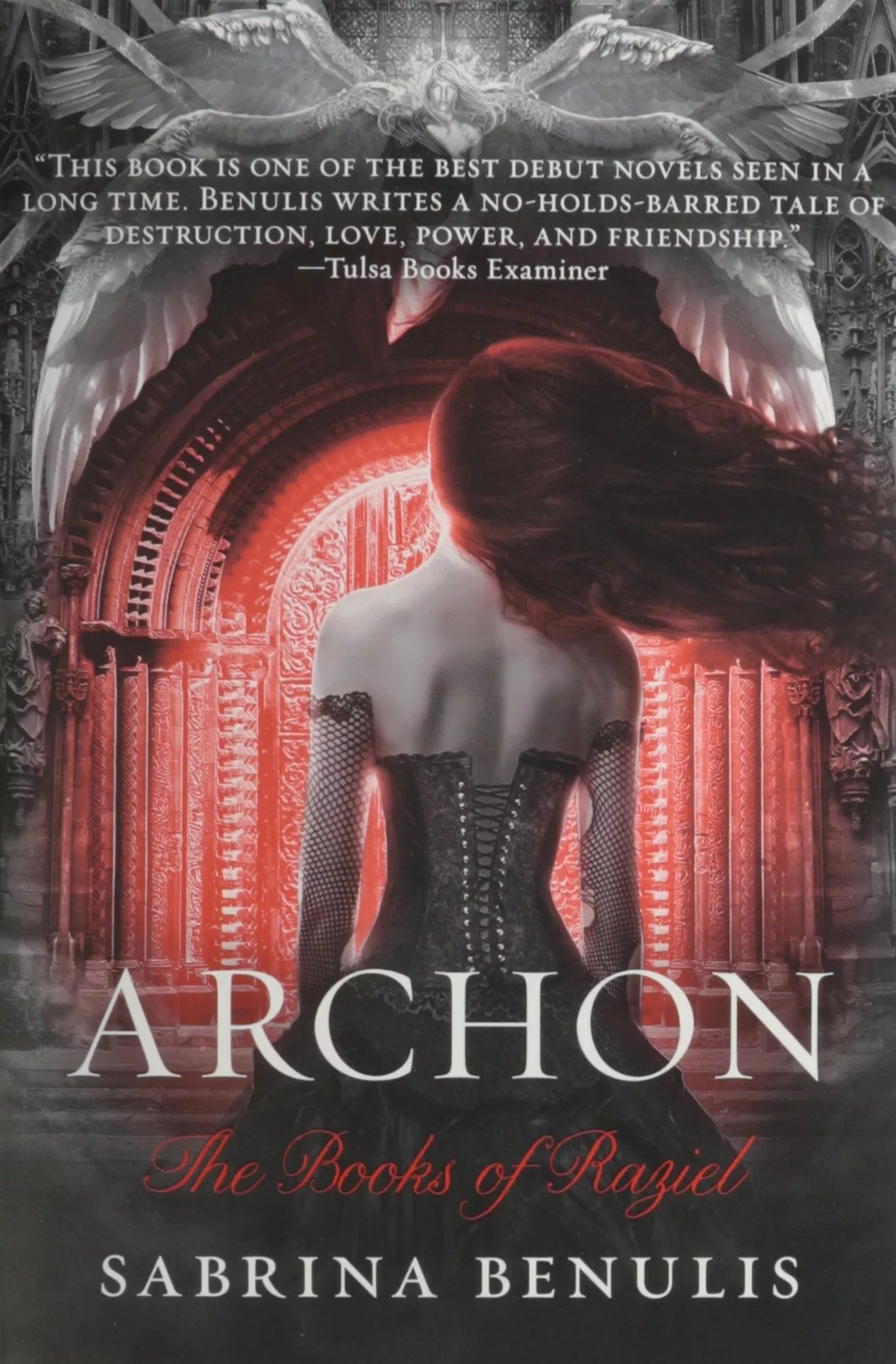 In the heart-pounding conclusion to The Books of Raziel trilogy, Angela discovers that she holds the keys to both Heaven and Hell, and that angels, demons, and all the creatures in between will stop at nothing to possess her…

The war started by three powerful angel siblings – Raziel, Lucifel, and Israfel – has divided the kingdoms of both Heaven and Hell. Now the destruction is spilling over into our world.

The last hope for a crumbling world is the Archon, also known as the human Angela Mathers. Angela alone can successfully oppose Lucifel and open Raziel’s Book for the power of good rather than evil. But to do so would mean murdering her best friend, a fact Angela refuses to face.

Now Angela sits on the throne of Hell, fulfilling a prophecy of ruin. But ruin does not always mean destruction…..sometimes it means revolution.


Praise for Sabrina Benulis & The Books of Raziel Trilogy:

“These angels can be vindictive and cruel, more human than you might expect and oozing supernatural abilities…. If you think you have the guts to take on this novel pick it up.” — Boulder Examiner on Covenant

“Benulis writes a no-holds-barred tale of destruction, love, power, and friendship. Everything you thought you knew about God, the Devil, angels and demons will be wiped away and replaced with a world so terribly beautiful that you will yourself gazing out into the night sky, hoping against hope that magic is real. Her characters have depth and 3-deminsional personalities, while her scenery, complete with candlelight and stain-glass windows, emphasizes the primal battles that humans go through on a daily basis.” — Tulsa Books Examiner on Archon

“… Benulis uses lush descriptions and larger than life characters to tell the story of a battle between Heaven and Hell…She proves herself as a force to be reckoned with… I will definitely be on the lookout for the next installment in her book of Raziel series so I can grab it up and pour over each page.” — Suspense Magazine on Archon