Review of Feast of Fates (Four Feasts Till Darkness #1)

I have the pleasure today to share my very positive review of Feast of Fates, the first volume in the series Four Feasts Till Darkness by Christian A. Brown, along with a guest post from the author. I hope you enjoy because I sure did.

I am thrilled to give 4.5 stars to this book, the highest rating of 2015. Those who follow my reviews and procedures know that I round my numbers up (as per the mathematical rule) and this means that this book will get 5 stars from me on any websites that do not accept half-stars. As always, what you are going to read below reflects my own personal reading experience.

Even though this dark fantasy tale focuses on the aspect of romantic love in order to strengthen the impact of the events, it is at the same time so much more than that. It is undoubtedly an epic fantasy tale with fantastic world-building, with well-crafted places and lands having the perfect contrast between good vs evil, beauty vs decadence.

The characters have their deepest roots in folklore but are developed beyond what is common or typical. Stereotypical roles and characters are present but are given a refreshingly new dimension, to the point of being relatable. Due to this well-thought approach, Feast of Fates has the best of both worlds: the familiarity of the Fantasy genre, and a particularly poetic vibe to it.

If I had something to complain about (and I always do) would be the Prologue (being a sort of ‘pro-Prologue skipper’ myself). Brown grabs you during Chapter I, not during the Prologue, which I thought was skippable. I understand that Chapter I hints strongly towards the romantic aspect of the story – even if the book itself is not fully dedicated to Romance. This could be misleading and even potentially push Fantasy readers away, those that aren’t interested in reading ‘just another’ romantic story. Therefore, the author might have wanted to reveal a bit of the epic proportions of this novel through the Prologue. In any case, if you are reading this book and are not feeling particularly excited with the Prologue, I would recommend you to start with the first chapter instead (and then you can go back and read the Prologue).

I never thought the writing style would be what I would consider the strongest point in a book, but in this case, it is. Brown is a masterful storyteller, and I am quite impressed myself because his writing style approach was something rather unique and new for me. The overall omniscient narrator represents more than a classic writing style in this case; tales are told almost in a mystical way. The vivid descriptions and overall tone make you feel as if you are part of this magical world, being fed the stories and adventures of characters that grow on you. All of this without the need of using limited POV. The prose is not what you typically see within the Fantasy genre, and it blends a bit with the Literary genre, perhaps even a bit experimental at some points. I thought it was beautifully written.

by Christian A. Brown

Most fantasy writers get asked this question a lot. Moving into the discussion with a stance that I am not a fantasy writer, as much as a person who writes speculative—highly speculative—fiction, let’s look at what it is about creating new, strange worlds that appeals to me (and the people who love to read and live in those worlds, too). So, why fantasy?

First off, in a Science Fiction and Fantasy world anything can happen. I don’t mean Deus Ex Machina kind of stuff; writers and readers should steer clear of that, no matter the genre. I’m talking about your aliens, wizards, and dragons. Maybe a chalice that can pervert the course of nature by raising the dead or granting eternal youth. Incredible stuff, the stuff of which we—humans—dream.

As to why I—and others—lump Fantasy and Science Fiction together, I propose that’s because the best fantasy is almost identical to Science Fiction, in that you have created a believable world and a mythos. Next, plop in some specific citizens of that realm/ starship/ whatever, and you’ve just started your story, your narrative on life. A good story is a good story, no matter the genre. Legions of folks are into Game of Thrones, for example, and that’s not because it has dragons and ancient forces warring in the shadows. Sure, some of us like those additions to the narrative. Still, I’d safely bet that the “mainstream” appeal of that show comes from its human element. GoT resonates with readers and fans because its people—as despicable as some of them can be—are just as despicable, humorous and convincing as the folks that we can find here on Earth. We can see our triumphs and failings by watching these characters.

Besides the enjoyment of world-building, I write fantasy because I am a child of imagination. I love magic, wonder and mystery.  I believe in the concepts of honor and heroism. In our age, I feel that we’ve lost the ability to perceive these elements. For there are heroes in the real world, women and men working together in a thousand different societies toward the goal of bettering humanity. (Happy International Women’s Day, by the way!) But we don’t talk about or recognize these people all that much. Instead we deify the Kardashians. And with our laser focus on superficial media, I feel that we’ve traded our reverence for what’s greater in the universe: our sense of the divine. I fear mysterious and wicked things much grander than ourselves. I fear Gods and monsters, even if my rational mind denies the existence of these entities. I believe that wonder, hope and fear are all part of the package of being human. Thus, I like to remind myself and my readers, of darkness and light, of horror and hope.

Touching back to what I intimated with the GoT world building bit, I’ve always believed that we see ourselves much clearer through a different set of eyes and perspectives. From the outside looking in. That’s why I tend to write a story from a lot of different heads, which isn’t the popular trend in modern fiction, where everything reads first-person like a diary entry. I understand that style, since it’s reflective of our current social climate, and it can be quite engaging to a reader. However, it’s not reflective of how the world actually functions, which is a tremendous battle of voices, wishes and opinions. We are not individuals, we are a series of individuals making up a society.

Taking everything into account: world building, characterization, multiple viewpoints, epic themes, explorations on love, death, war and all the meaty bits of human existence—there’s not one reason alone that I choose to write speculative fiction that happens to have supernatural elements. I would make a terrible anthropologist; too much schooling involved and my attention span is…What…Who…Oh right. I’m half a philosopher, an occasional activist, and only a therapist when I’ve had a glass of wine and someone has asked for my candid opinion. Therefore, while I’m not particularly good at any one of these things, I have managed to find a vocation, and a genre—fiction/ fantasy/ weird—that I feel fits my credentials and my desire to explore perceptions. I write to inspire. Personally, there is nothing more inspiring than worlds like our own, worlds where we can look to the faults and struggles of people—even though they’re imaginary—and learn from their experience how to better ourselves.

The opportunity to review this book and host this post has been provided by Bewitching Book Tours.

“Love is what binds us in brotherhood, blinds us from hate, and makes us soar with desire.”

Morigan lives a quiet life as the handmaiden to a fatherly old sorcerer named Thackery. But when she crosses paths with Caenith, a not wholly mortal man, her world changes forever. Their meeting sparks long buried magical powers deep within Morigan. As she attempts to understand her newfound abilities, unbidden visions begin to plague her–visions that show a devastating madness descending on one of the Immortal Kings who rules the land.

With Morigan growing more powerful each day, the leaders of the realm soon realize that this young woman could hold the key to their destruction. Suddenly, Morigan finds herself beset by enemies, and she must master her mysterious gifts if she is to survive. 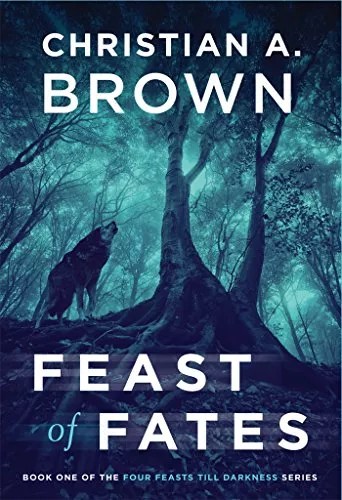