This might surprise you as I usually don’t read comics or graphic novels – or haven’t for a while. But I have been playing the game The Wolf Among Us, and it made me want to read this.

Fables was a comic book series published by DC Vertigo imprint beginning in 2002. The series deals with various people from fairy tales and folklore – referring to themselves as “Fables” – who have been forced out of their Homelands by “The Adversary” who has conquered the realm.

I keep thinking that my opinion on this series might be biased because I already felt attached somehow to the characters from having played the video-game – which was a prequel to the comic book series. This first volume was not what I was expecting: not as dark, not as violent, not as complex. There is also the fact that I am not sure how I’d have felt if this was my first contact with this mysterious ‘Fabletown’.
The book blurb is a bit tricky too: It gives us the background information at the beginning, however very little of this episode is dedicated to the actual background history of the series. If you are curious about the premise, you might be disappointed when you get an episodic murder mystery instead.
The characters are the best part for me. They are nothing like in the folklore, and they have unique quirks (You have to love the Big Bad Wolf).  The chemistry between Snow and Bigby is intense, addictive, and even hilarious – but I guess I knew that already. Was this book funny? Yes, it was. I might have a weird sense of
humor so take it with a grain of salt.
Overall, I think I was expecting the episode contained in this volume to be darker, more complex, more ‘adult’ perhaps, and to develop a bit more of the original premise. Still, this story is part of a pretty imaginative and creative world, and the series deserves all the credit for that. Plus, you get to spend some time with amazing characters that never cease to surprise you. I know that the world-building has more depth than what it was shown here, and I wonder when is this going to be shown or explained in the series.
In the end, it was a light, fun, and entertaining read, which I believe might turn into something more complex if I continue the series – which I will!

When a savage creature known only as the Adversary conquered the fabled lands of legends and fairy tales, all of the infamous inhabitants of folklore were forced into exile. Disguised among the normal citizens of modern-day New York, these magical characters have created their own peaceful and secret society within an exclusive luxury apartment building called Fabletown. But when Snow White’s party-girl sister, Rose Red, is apparently murdered, it is up to Fabletown’s sheriff, a reformed and pardoned Big Bad Wolf, to determine if the killer is Bluebeard, Rose’s ex-lover and notorious wife killer, or Jack, her current live-in boyfriend and former beanstalk-climber. 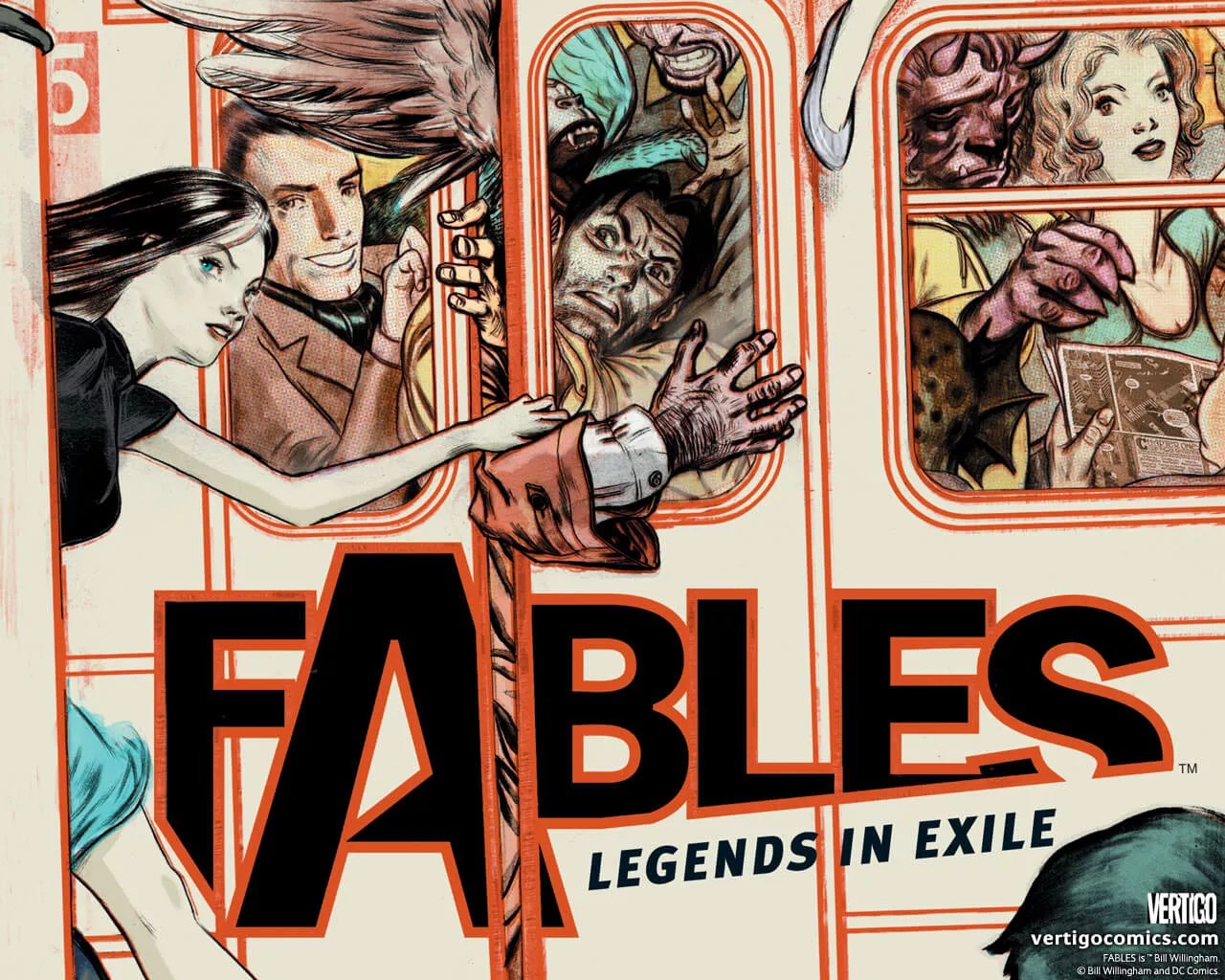