I was pleasantly surprised with this book, and overall I’m impressed that it isn’t rated higher. This book is high-fantasy, supposedly YA-range, and feels refreshingly ‘old school’.

What I like most about this book is how ‘old school’ it feels, and how it has so many elements that reminds me of those classic roleplaying video-games or typical adventure stories. So we have a party – or different parties, since the characters split ways as required – with a quest (or main quest, at least). All of these characters are so distinct from each other, but they are together in their purpose because they supposedly fight for the same cause. They also stop in different locations, speak to locals, make their own discoveries – yes, just like a really cool game – and then move on towards the next task.
The world-building was very well done (even if I could do with a little less description in some parts), and it includes several references to greek mythology and other real cultures. We also have: special powers, diverse races and classes, religions and cultures, realms and spirits, etc.

I do not consider Fireblood to be a character driven story, which is not necessarily a bad thing. The whole plot revolves around a main event, which makes me consider this an ‘Event story’ with a strong focus on the setting (world-building). These characters, of course, are required to make the plot move forwards, but do not expect to feel particularly attached to them – I didn’t. I feel they are there to fulfil a job, and they do get the job done. I think the obvious distance I’d feel from the characters has been clear to me since the choice of the overall omniscient narrator in the very beginning.

As mentioned above, the narrator is omniscient, strategically revealing bits of information as the story progresses. I do think this works here mainly because I do not feel this was supposed to be a character-driven story. Nowadays, however, this choice involves a challenge, as the modern reader wants to feel attached to the characters. And this is something that you won’t get, regardless of the exciting action and surprises.
Apart from that, we do have those said ‘bookisms’, and dialogue attribution, and unnecessary adverbs, and blunt reference to emotions – When it comes to these, I am a Stephen King’s girl. But not everything is bad, and the actual dialogue is very well done, with many, many quotable wisdoms. In fact, this book has lots of quotable material: Some of the characters philosophize a bit, while other material is based on traditional proverbs and old sayings. A few good quotes:

“Wisdom helps us understand that we are not alone in this great world. The suffering of others cause us to suffer too. We are all bound. More so than we realise.”

“People are where they are because that is exactly where they really want to be—whether they will admit that or not.”

“Do you wish to rise? Begin by descending. You plan on erecting a tower that will pierce the clouds? Lay first the foundation of humility.”

“Some things are not meant to be understood. They must only be endured.”

“In my experience, what is called magic is not contrary to nature, but only contrary to what we know about nature.”

Now, I am not going to lie, it does feel like there’s just too much information at some point, even if the glossary in the end was a nice touch. There was also a small excerpt before the beginning of each chapter – I’d thought I’d grow tired of those pretty easily since they were quite extensive and broke the action. However, these are more intended to support the background information rather than mandatory reading.

Tyrus of Kenatos has made it his life’s work to banish the plagues that ravage the kingdoms. He believes the answer to ending the devastation lies in the Scourgelands. Yet, Tyrus’s first expedition into the cursed woods failed after being defeated by mysterious minions who stalked and killed most of his band.

Now a prisoner in his own tower, Tyrus has summoned his nephew Annon—a Druidecht possessing innate magic called the fireblood—on the guise of finding a hidden treasure with which to purchase his twin sister Hettie’s freedom. But in reality, Tyrus is using his niece and nephew, and their magic, as an opportunity to escape and resume his desperate mission. And to aid them, he has enlisted the warrior-monk Paedrin—who is almost as green as the siblings when it comes to traveling these troubled lands. The trio is determined, and along the way they grow to trust each other—and new additions to the group—in order to accomplish their missions…whether or not those missions are one and the same.

But the Arch-Rike—ruthless ruler of Kenatos—has learned of these plans, and has sent the fearsome Kishion to destroy all those that oppose him. Now Tyrus and his unwitting allies must face down not only the plague, but this new enemy—and fulfill their quest before a fresh horror is unleashed on the world. 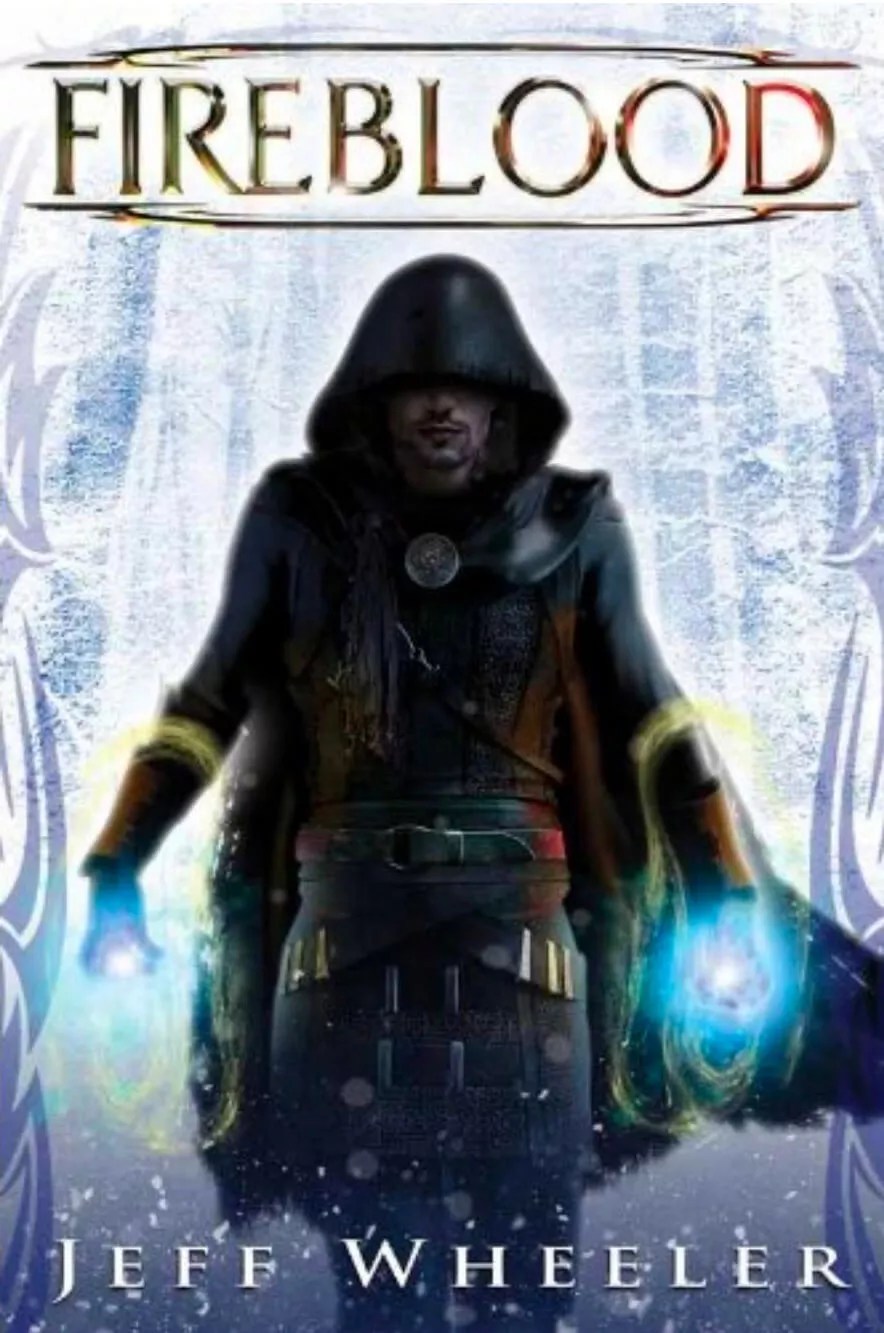